In the past, pollution monitoring  by the Air Resources Board,ARB was limited to their 250 stationary sites. This left data gaps in areas that were not near measuring stations, like residential neighborhoods and neighborhoods close to freeways. Such areas were of particular concern due to the adverse health effects caused by pollutants. A recent project involving a Toyota RAV4 and ARB’s equipment provided a mobile solution to the lack of data collection.

“The project was initiated in 2003,” says David Clergen from the Air Resources Board. “When the mobile platform was first applied to study two

The Toyota is in action on the road.

freeways in Southern California, where large differences in pollutants between freeways were found to be a function of vehicle composition, particularly truck density. Since then, the project has been expanded and enhanced with several improvements, and has become a critical research tool for the agency and has been greatly beneficial for advancing the state of science.”

The car assists the ARB by driving around and collecting data on pollution levels in neighborhoods that were harder to access in the past. In order to stop further pollution, they chose their platform to be an electric car which emits zero emissions. The system has a GPS unit to pinpoint locations of measurement.

“This tool allows us to study the real-world emissions of transportation sources, understand the air pollution transport from freeways into residential communities, and help develop effective planning and land use mitigation measures to improve air quality and health of local residents,” says Clergen.

Readings overtime proved positive, as the car picked up on changes in the air.

“Results from southern California studies show at least a 50% reduction of nitrogen oxides and black carbon emissions (a surrogate for diesel particulate matter, which has been classified as a toxic air contaminant) between 2009 and 2011. These results highlight that near-road exposure is dramatically decreasing near the ports due to diesel controls,” says Clergen.

“Because of ARB regulations, cars now on the road run up to 98 percent cleaner than they did in the mid-1970s, and our diesel regulations save about 3500 lives a year.”

Although California has come a long way in reducing the output of air contaminats, there are still improvements to be made so Californians can breathe easier.

“Californians deserve clean air and a healthy climate,” says Clergen. “We must do everything possible to make that the case, so we rely heavily on cutting-edge research, the latest science and the help of the people who live here.” 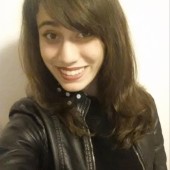