Inspired by the 2012 Teen Tech Week theme “Geek Out at Your Library”, the Teen Advisory Group of the North Natomas Library made a video public service announcement for the Sacramento Public Library.  Eight teens tackled the project.  They wrote the script, created costumes and props, directed, filmed, edited, and became the stars of their public service announcement “How to be a Ninja at your Library.”  Armed with a flip video camera, teens filmed for approximately 4 hours.  Editing was completed using Windows Movie Maker on the library’s public access computers.  “How to be a Ninja at your Library” premiered, complete with red carpet, in March of 2012 to the cheers of family and friends.

View the video on the North Natomas Library webpage here: http://www.saclibrary.org/?pageId=607  (It is at the bottom of the page.) 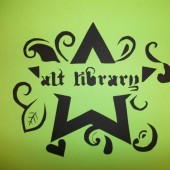