Following the news on Saturday that the Sacramento City Unified School District had finalized a deal with their teachers’ union to return students to in-person instruction, many parents across Sacramento breathed a sigh of relief.

Yet, for some, this sigh of relief was tinged with wariness towards a new learning model that focuses on academic instruction over social and emotional learning, and pure frustration with a school district that has been suffering from chronic dysfunction.

“The word I would use for how I feel is ambivalent,” said parent of four, Catherine O’Toole. “I feel excited for [my children] to go back and reconnect… but I also feel that in some ways leaving school was easier than going back,” she said.

She has had to have “really honest discussions” about what her kids should expect when going back to in person instruction. “It’s not the classroom stuff that’s hard to miss… it’s the before and after… I honestly grieve more over missing performances and sporting events than any other thing… those are identity-defining moments.”

Parents like Catherine are worried that this push to get students in classrooms ignores what many experts say are the most important skills children learn at school: social and emotional learning.

“[My kids] can learn anywhere” O’Tool says, but “the screen is a sorry substitute” for meaningful experiences.

The whole situation is especially frustrating for many SCUSD parents because other districts in the county have had plans finalized to return in-person for weeks. Many districts, including Folsom-Cordova and Elk Grove Unified, have allowed PreK–6th graders in classrooms for months.

Autumn Co, a junior attending Natomas Charter School in the Natomas Unified School District, has been engaged in some form of hybrid learning for two weeks now. She much prefers hybrid learning to online-only. “My grades have improved so much,” she said. “I am able to get that immediate help rather than send an email and it get lost.”

Co says that, although it isn’t the same as it was before COVID, she appreciates even being around people her age. “The energy is so different… it helps me stay engaged.” Still, she says, “the first thing I wanted to do was hug my friends.”

“It’s very frustrating,” said O’Toole. “When we feel that adults are not able to arrive at sound decisions by collaborating with each other, it undermines our confidence [in the school district].” 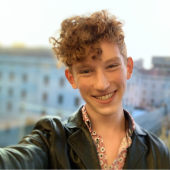 “The Avenues Community Clean and Glean” set for February 22