Where are the drug treatment programs for youth?

When Marijuana became legalized in California, it was almost understood that a significant amount of the taxes the retail sales would generate would be used to fund drug treatment programs. However, that was not the case. Senate Bill 275 is being sponsored by the California Society of  Addiction Medicine to help youth get good treatment delivered by the state.

A “Juul” device used often by minors to use “smokeless” products

According to drugtreatment.org, one in six teenagers admit to taking prescription drugs to get high or change their mood. Many California residents ask why if drugs are so easy for youth to get, why isn’t the state putting more money into treatment services for youth now that the state has a new resource for money- Marijuana.

“It’s clear that youth are harmed by drug use,” says Dr. Tim Cermak, a Marin County Psychiatrist. “We’re talking about tax revenue set up used for the treatment of drug abuse.”

Drug treatment services provided by the state is especially important to minorities.  LGBTQ adolescents are 90% more likely to develop substance abuse disorders than their straight peers according to the National Institute on Drug Abuse. Senate Bill 275 could be essential to lowering those statistics by providing services to at-risk youth.

“Public sector programs (are) used to move in areas of underprivileged youth and minorities,” says Dr. Cermak. “$50 million is for communities that have been impacted the most, there will be quality standards for treatment programs that are started by private entities.”

If passed, Senate Bill 275 promises that hundreds of millions of dollars will be placed into services to give quality treatment to all youth, regardless of their means or background. 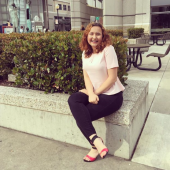 What my community does for me

VIDEO: Sacramento Has A Sugar Tooth