Today on LiveWire! John Cleveland is coming in to talk about the Sacramento Megagame organization and event coming in January. Film student directors Davon Davis and Nathan Dan will share there challenges of filmmaking as well as promote their screening event.

John Cleveland joins us to talk about Sacramento Megagames and their event “Sendgoku”. “Sengoku is about political intrigue and military activity during the Sengoku Era of Japanese history (in the case of this game, roughly speaking the second half of the 16th Century). This was an age of land-grabbing lords (daimyo), with incessant warfare and power-plays. In short, an era ideal for a megagame.” – from Sacramento Megagames website

More information on Sacramento Megagames can be found here:

Student film directors Davon Davis and Nathan Dan will be on the show to talk about their long awaited screening of their thesis films “Bait” and “Cal Just Needs To Be Held”. These films will be screening along with other short films at the Colonial Theater in Sacramento, December 14th at 6pm.

For more information about “Bait” and “Cal Just Needs To Be Held”:

Join us and tune in to LiveWire! at 5 p.m.  Wednesday, December 3rd on Access Sacramento channel 17. You can also watch the simulcast online the same time it airs at www.AccessSacramento.org and click ‘watch 17’. The encore presentation airs the following Thursday at 7:30 p.m. 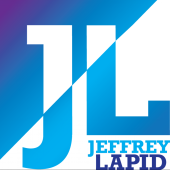