For many years now, school funding has been unorganized and unequal. However, on July 1st, 2013, Governor Jerry Brown signed into law the 2013-14 California state budget package. He created a new Local Control Funding Formula, also known as LCFF, that overlooks how California funds its K-12 schools.

The LCFF has been instituted to replace California’s nearly half-century-old school financing system. The LCFF promises more local control, greater clarity, and fairness for all.

Under the old system, schools only received about two-thirds of their budgets for “general-purpose funding”. The money distributed was based on very historical and complex formulas, known as “revenue limit” funds. The last third of the money  is given to regulated “categorical programs,” for summer school, textbooks, staff training, advanced students, and counselors. This was confusing for many districts and schools nationwide. The money was distributed at a confusing amount, and some schools received less funding than they actually needed. Schools were given money for a various amount of reasons, ranging from the test scores to the performance of kids in sports. Some schools barely receive funding at all due to the performance of kids in the classroom.

With the new system, districts are meant to receive one uniform base grant.

The grants are adjusted by grade level, however, additional funds are given for students with greater educational needs, low-income, and foster youth. Each district is able to get approximately 20 percent more of the base grant based on the numbers of these students enrolled per district.

The LCFF kicked off with the 2013-14 school year, however, the full program will be up and fully running in about eight years. Because of the LCFF, a majority of school districts will receive more funding, leading to a brighter future for school districts statewide. 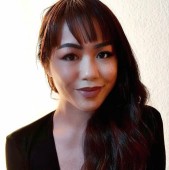 The effects of advertisements